Included and excluded paths and labels

However, things get more complicated and much more confusing when trying to do more complex inclusions or exclusions and match them to labels.

Let’s assume that I have the following web crawler:

That’s fine. Now, let’s assume that I want to offer options in the search to limit search results to certain scopes when clicking on labels.

Let’s say that I want to have a label which is called ‘Actors’ and that clicking on that label should only display results for paths which are:

Included URLs for crawling and indexing can be specified in both the crawler and in the label. That is the first confusing bit. It is also not very clear from documentation which one does what.

I have attempted both solutions, and none produce accurate results.

In addition to /.*/, I also attempted these with equally inaccurate results.

I have tried URLs, paths, in either crawlers alone or labels alone or both crawlers and labels, and I always get false results in either URLs showing which ought not be be when filtered, or items not being found at all where they ought to be found.

Any ideas on how to tackle this scenario?

but not for the rest of the site.

Disabling “Check Last Modified”, and then could you start crawler again? 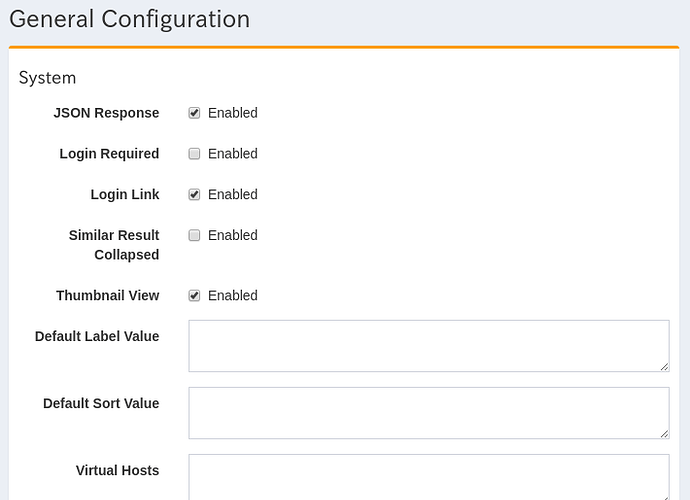 This administrative page manages configurations for Fess. You can change Fess's behavior without rebooting the Fess.

should I have more than one crawler?

It depends on requirements, but in your case, I think one crawling config is better.

If you want to crawl/index http://example.com with Actors label, I think the config is as below:

(from github.com/micakovic)
This trick does not work, I’m afraid. Doing a single crawler with multiple labels that look like the one described above return no results when the expected result sits somewhere in the label domain.